Rockin' the Pacific Northwest  since 2008

"A group that I chose myself! If anybody knows my history, I worked at Fillmore West in San Francisco in the late 70’s. I loved that town. Music was emerging faster than you can keep track of. And Santana, then it was the Santana Blues Band, played 5 or 6 nights a week in the bay area.

That was my Introduction to the Blues. So, we’ve got theMoon Daddy Band, and nobody does a better Tribute to Santana than MoonDaddy!  And I’m really excited about that!!" 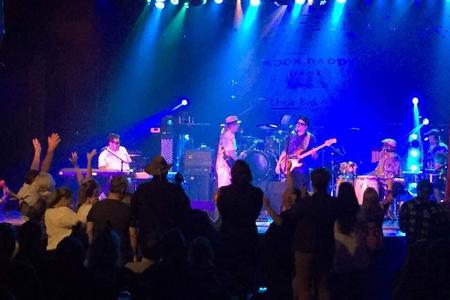